The halls of Ruth Hill Elementary School are overflowing with eager students and caring staff that come together to create an incredibly uplifting community committed to learning. Hill’s dedication to academic success and innovative programming is what earned them the 2014-2015 Inspire School Award from the Foundation for Lincoln Public Schools. 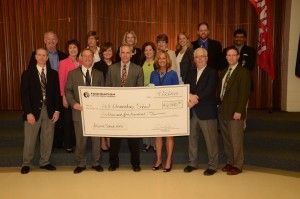 Checking in with Hill a year later, our staff was anxious to see how they had decided to allocate their Inspire Award funds. We were pleasantly surprised to learn that the staff at Hill had included the students in the decision making process, and their request was for artwork! Michelle Phillips, the former (now retired) Principal at Hill, began meeting with local artist Michael Nelson to fulfill the students’ request. 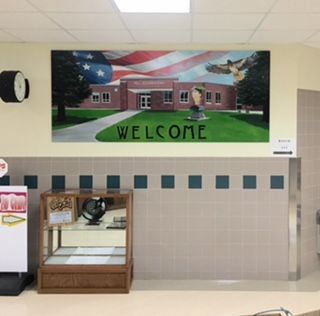 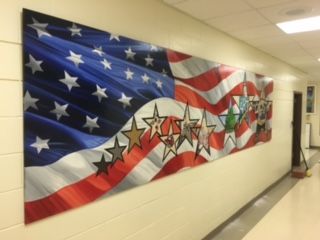 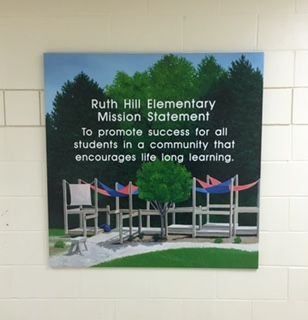 Michael started Mural Mural Graphics with a friend in I992, and over the years, they did many murals for schools all over eastern Nebraska. In 2013 Michael’s business partner decided to leave the company to start working for Union Bank. At this time, Michael came to realize that he had created about 400 murals with Mural Mural on them and not his own name. Using that opportunity to rebrand, he transitioned the company from Mural Mural Graphics to Michael Artworks.

“I have done schools, churches, libraries, hospitals, city commissions and private homes over the last 24 years. I love working with the schools because of the passion both the teachers and students have for these projects and was thrilled that Michelle Phillips including me on the project. I want to thank her and the Foundation for letting me be a part of this journey.”