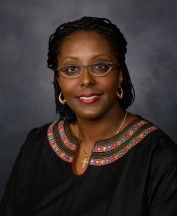 Karla is not only from the Hometown of Sheryl Crow, David Nail, Trent Tomlinson, Sally Stapleton, and Noll Billings, but she now teaches because they grew up and graduated from the same high school—Kennett High in Kennett, MO. The small rural town is about an hour north of Memphis, in the Missouri Bootheel, right on the Arkansas-Tennessee border—the northern part of the Mississippi Delta region. She is the 7th of 8 children and is thankful for having fabulous parents! Currently, Karla is the pastor of Quinn Chapel African Methodist Episcopal Church, one of the oldest churches in the City of Lincoln. She is also the Chaplain at Doane University where she also serves as adjunct faculty. In her freetime, Karla serves as the president of the Friends Board of the Mary Riempa Ross Theater, is a member of Delta Sigma Theta Sorority, Inc and  is a life member of Girl Scouts and the NAACP. Karla stated, “I am a public servant by calling and advocating for those who are systemically marginalized and silenced.”

Following her calling, Karla was approached by Wendy Van, the Foundation’s President, after the Mayor’s Interfaith breakfast in 2015. According to Karla, that when Wendy hooked her! After hearing about the incredible things the Foundation supported, Karla knew it would be a great fit for her especially with what she used to do in the state of Missouri around child advocacy and systems reform.

Karla said, “Serving on the Scholarship Committee was incredible as a first year board member. Knowing that the benevolence granted through scholarships to deserving young people with bright futures was affirmation of the impact of the Foundation and its supporters.”